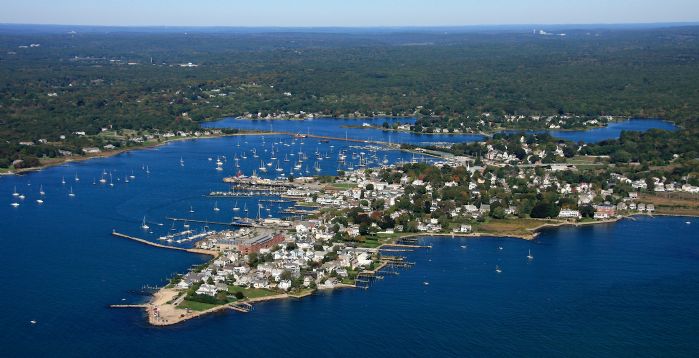 STONINGTON — “Murderers Get Love Letters,” the latest play from novelist and playwright Michael R. McGuire, will be presented by Community Design Workshop and the Planning Stage as a concert reading in Stonington this Friday at 7 p.m. A brief talkback will be held following the performance.

The play follows Brenda Lynn (Rayah Martin), a lonely woman who has a romantic correspondence with Lloyd (Dave Carter), a man serving a life sentence for murdering his family. When Lloyd unexpectedly leaves prison, he comes straight to find his soulmate, Brenda Lynn. Unfortunately, neither of them has been entirely honest, and when their truths come out it throws their lives into turmoil. The reading also features Keith Brayne, Ken Schroeder, Kate Micari-Miller and Meagan McGlinchey.

McGuire, a Bradford resident who has had a number of plays produced locally and nationally over the last 26 years, also works as a waiter at Breakwater in Stonington.

“Before that I worked at Noah’s,” said McGuire who is married to Noah’s chef, Linda Moran McGuire. “I’ve been a waiter for many years.”

He also had a stint at Millstone, the nuclear power plant in Waterford.

“I have a degree in nuclear engineering,” he said.

Last January, McGuire presented four of his new plays; “The Infinite Cost of Love,” a drama about an American journalist who, years after he was held and tortured in another country, meets his former torturer and tests the limits of forgiveness; “Three Dancing Mummies,” a comedy about a couple of middle-aged British tourists who become lost and stumble upon a pub inhabited by rather peculiar undead patrons; “Looted,” a crime drama about the aftermath of a bold robbery on a small island during the beginnings of a revolution; and “The String,” a crime drama about a gang of criminals who realize that one of their members needs to be replaced right before a job.

McGuire said that while he has been writing since he was a child growing up in New London, it wasn’t until he met the late Charles Frink that he turned to playwrighting.

“He was a big influence,” said McGuire.

Frink, who died in 2014 at age 86, was also a New Londoner — and a Yale grad, and a playwright with the Eugene O’Neill Theater Center.

In 1999, McGuire’s play, “Kitchen Romantics” kicked off New London’s Secret Theater in 1999. He is a Connecticut Artist Fellowship recipient for his play “The New Girl,” which was produced at Avery Point Playhouse in 2005. His play for young actors, “Persephone Rules!” was published by Brooklyn Publishers, and his “It Comes From Beyond!” was produced in New York City by Horse Trade Theater in 2012.

Community Design Workshop is an affiliate of Kimmerle Group of New York and New Jersey, and is sponsored by longtime Stonington residents George and Lynn Kimmerle. The organization provides pro bono feasibility planning and design services for not-for-profit and faith-based organizations in the southeastern Connecticut area, McGuire said, and also provides a venue and a forum for topical discussions and presentations about sustainability, environmental awareness, and coastal development, and sponsors a bi-monthly entertainment night featuring cassic films and other cultural offerings.